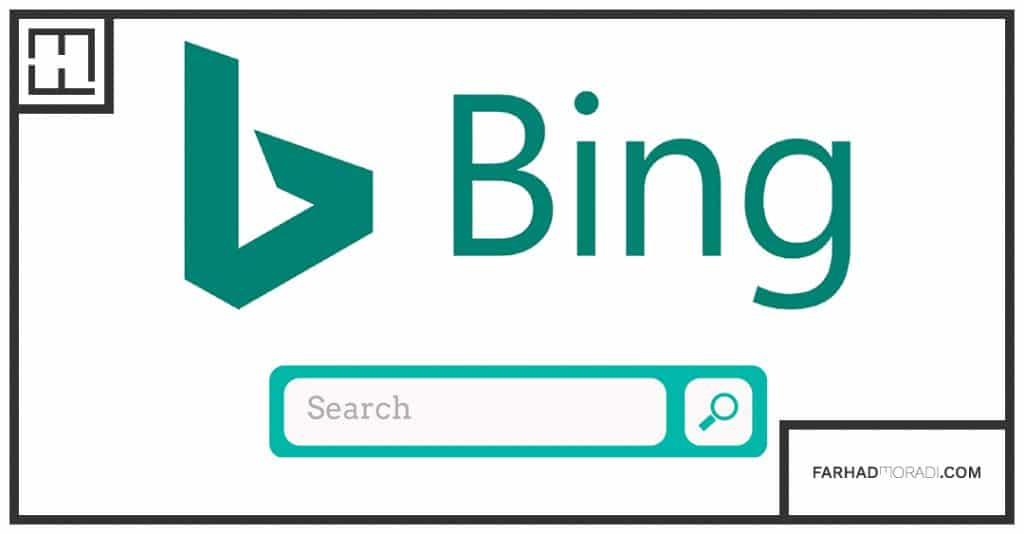 Your Master Guide to SEO for Bing

SEO for Bing is a little bit like that slightly slow friend that you had in school who didn’t really understand jokes. Or to put it another way: as an AI, Bing is probably somewhere on the spectrum. Yes. Taking things too literally is one of the most common criticisms levelled at Bing and that’s because it has a tendency to simply look for exact matches in the content.

If you search for ‘I like to eat steak’, then Bing will look for websites that have that phrase or something similar somewhere in their text:

On the other hand, Google just looks for content about steak and about people who like to eat steak:

In this way, Google shows a little more understanding and has more ability to read between the lines. Not that this is always a good thing. Sometimes Google’s second-guessing can actually be a bit irritating and can lead to results that aren’t directly related to what you’re looking for. If you ask a question for instance, then Bing will be more likely to break up a page where someone else has asked that same question. And this can be very useful!

But what it means for you is that it’s still worth using some keywords. Whereas Google is much more about ‘latent semantic indexing’ and writing ‘around the subject’, perhaps using some long-tail keywords. Bing will still reward you for including the basic keywords you’re trying to rank for. So try and do a little of both.

You’ll want to use a slightly lower link density than you used to if you want to avoid being penalized for spamming by Google but you should still include some keywords in there for Bing!

Something that Google and Bing can agree on is that user engagement matters. Except Bing is even more explicit about this if anything and has even coined a phrase to describe it the activity they want to avoid: Pogo Sticking.

Pogo sticking is when a website jumps from one result, clicks back and then clicks on another. This is what they want to avoid so if you want Bing to love you, you need to prevent your visitors from wanting to click back. This means you need to grab attention early on and it means that you need to think about your page speed, your design etc.

Another similar factor that Bing also takes seriously is CTR or Click Through Rate. In other words, how many people click on your link. So if they keep showing your website in their SERPs but no one ever clicks on it, then this suggests that your site doesn’t look very interesting. All it’s doing is cluttering up the page and taking up space that another site could make better use of!

This is quite a clever way for Bing to check that the results coming up are relevant or that they seem relevant in the eyes of its visitors. This is interesting because it’s not something that Google talks about a lot. And improving your CTR is going to involve a rather different process compared with the SEO practices you’re probably used to! What improves CTR?

Many things but of course the title and meta description are going to be right up there. Think about what will be interesting for someone who is searching for the keyphrase that you’re trying to rank for. Make sure that there is a direct connection here and have all the signals pointing to the same topic.

And learn how to write engaging titles and descriptions!

There is some debate still as to the role of social signals on Google. We know for a fact that getting more positive reviews on Google will improve your Google ranking but whether the same is true for Facebook Likes is less certain. And if Facebook was central to Google’s strategy, then you might ask why BuzzFeed isn’t the number one result for every search.

But Bing has gone on record as saying that social signals do matter to them and this means that you should definitely include social media marketing as a big part of your marketing strategy.

Going back to your site content and keywords for a moment, it’s also interesting to consider the difference in crawl depth for Google versus Bing. Reportedly Bing only crawls around the first 100kb of a web page, unlike Google which will read your whole site.

This then means that you should aim to include your keywords more heavily in the first portion of your content compared with the rest. And actually for different reasons this makes a lot of sense for Google too. Google actually looks at certain key points within your content as being more important as indicators than others.

The first paragraph is one section that is given extra importance, as is the last paragraph and as are the headings.
And by increasing the keyword density in the first paragraph, you can send the right signals to Bing without getting too spammy with keywords for Google. Everyone wins!

This also introduces some other interesting points though too. For instance, a lot of people will rely on sitemaps in order to help search engines index their site. This is one page that links to every other page on that domain and it means that once the sitemap is indexed, Google knows where to find all future content you add.

But this won’t work for Bing if it’s only reading the top segment of the page!

If you want a sitemap to work for Bing, then you need to ensure that you put the pages you most want to be found right at the top. And if you’re adding new content, then you want to make sure that new content goes at the top of any list, rather than at the bottom.

Bing believes in golden oldies. In other words, it believes that an older domain is likely more authoritative than a newer domain. So if you have a page that has been around for a long time, you’ll find that it gradually climbs up the rankings.

This is one thing that has personally always put me off about Bing. Most of the research I do requires up-to-date and current answers and that means I can’t make do with posts from 2012. When I search on Bing, I’m often left wondering if anything I’m reading is relevant anymore.

This is personal preference though. As far as SEO goes, it’s actually a good thing.

Why? Because it means that Google is going to like fresh content and Bing will give it some love as it starts to fade.
But do bear in mind that both Bing and Google prefer older domains. And Now for Some Rapid Fire Differences…
Of course, there are way more differences than we have space to go into in detail, so let’s take a look at some rapid-fire differences to finish off.

Another thing to take some time to learn about is Bing’s ‘Spam Filter’. This is how Bing decides whether or not to penalize sites that show up on its SERPs, so you need to make sure that you observe the rules Bing recommends.
This means:

That’s right! Bing has a ‘Webmaster Tools’ just like Google does and it’s just as useful and invaluable for marketers. You can find this at www.bing.com/toolbox/webmaster

Bing SEO – The Next Steps

The Alan Parson’s Project sang, ‘where do we go from here?’. Now you have lots of information about why Bing SEO matters, how it works and how it is different from Google. But you also know that you need to keep on focussing on Google. So what’s the best way to proceed?

Well, exactly as we said earlier.

For the most part, you’re not going to do anything that different. But you may want to consider including a few more keywords in your opening paragraphs. Maybe you show a little more love to your legacy content. Perhaps you reorganize your sitemap. Oh and definitely think about your titles, your meta descriptions and how these factors will impact on your CTR.

And in doing all that, you’ll be throwing Bing the occasional bone that will help you to succeed a little bit more on the second biggest search engine in the world. This will help you start tapping into that 30% market share that little bit more and hopefully improving your number of visitors.

And if the Googlepocalypse ever does come, at least you’ll have a backup site that will still be bringing you fresh visitors and helping you to run your business. And then everyone else will find themselves wishing that they’d paid just a little more attention to old number 2!

And one last thing! Why not go and take a look at your current rankings on Bing right now. If you haven’t looked before then it might surprise you just how similar, or different, the results are!